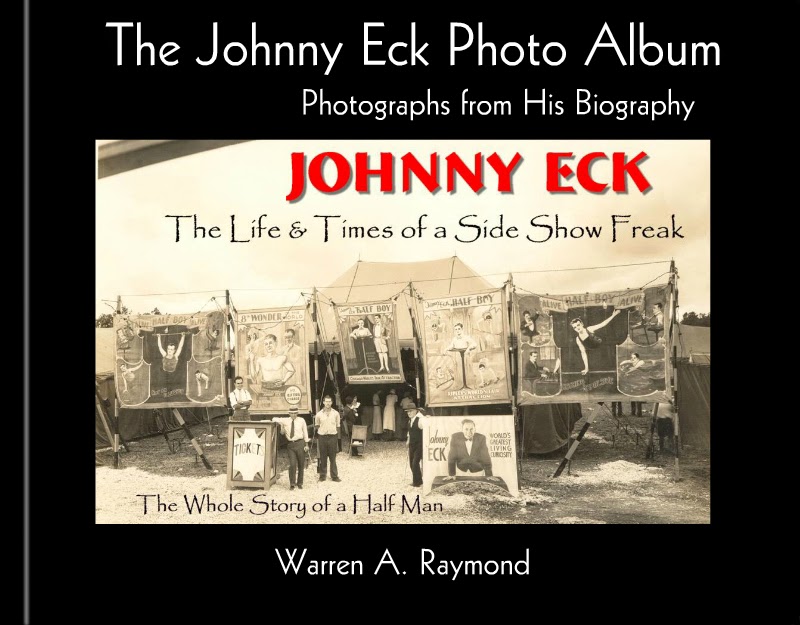 This extraordinary book documents in photographs the life and times of Johnny Eck
and his twin brother Robert. It is a wonderful photographic history of one of
the world's most popular side show heroes to have ever graced any midway. 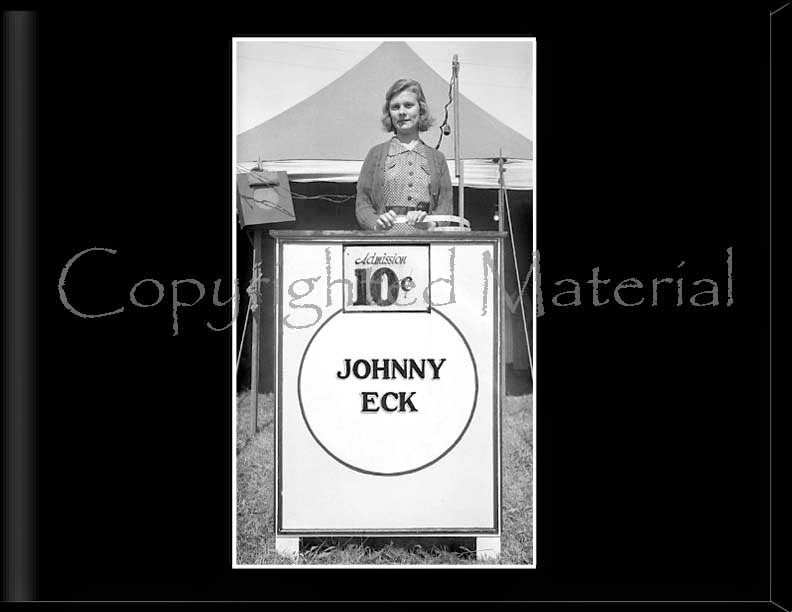 This limited edition of 100 signed and numbered copies is divided into nine chapters.
Beginning with a few short but concise paragraphs, each chapter covers a different aspect
and time period of the life and various careers of John and Robert Eckhardt. 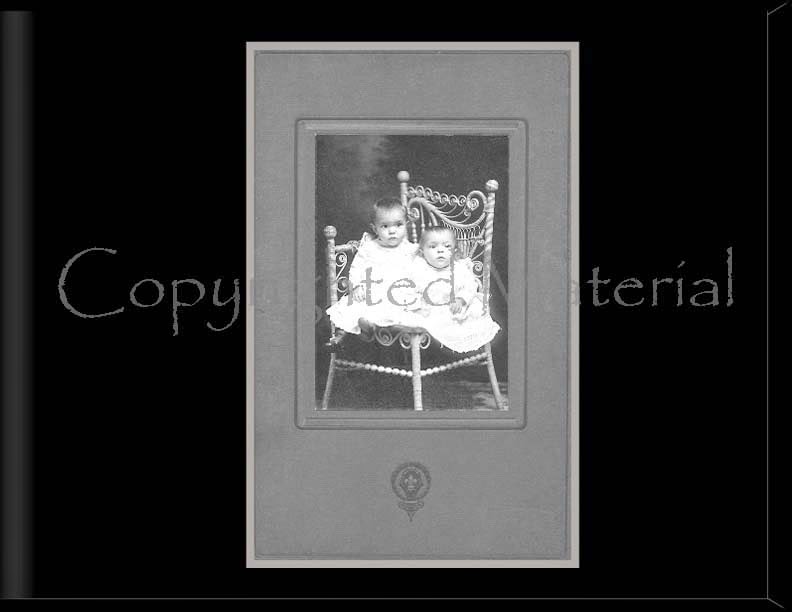 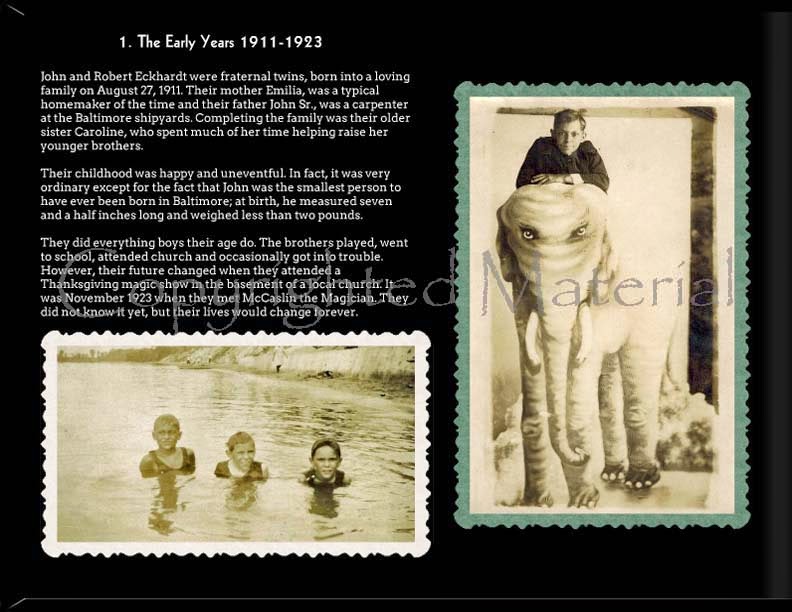 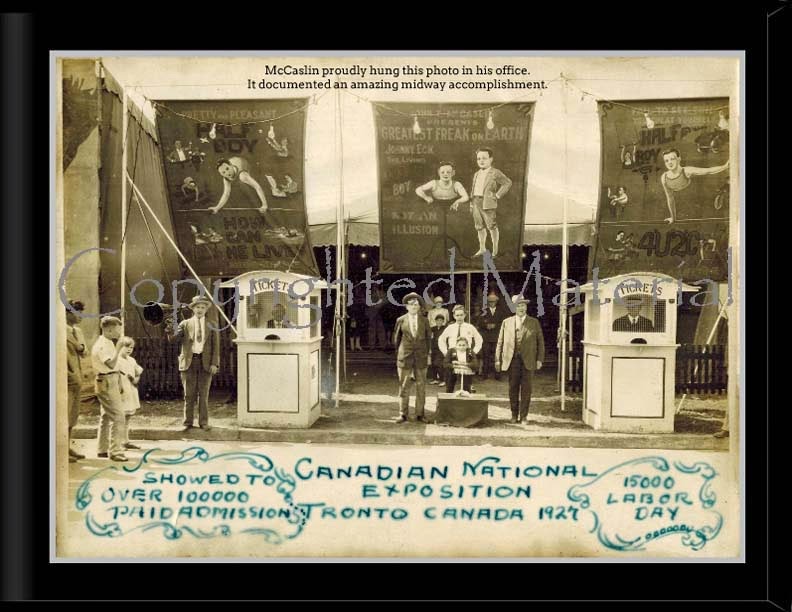 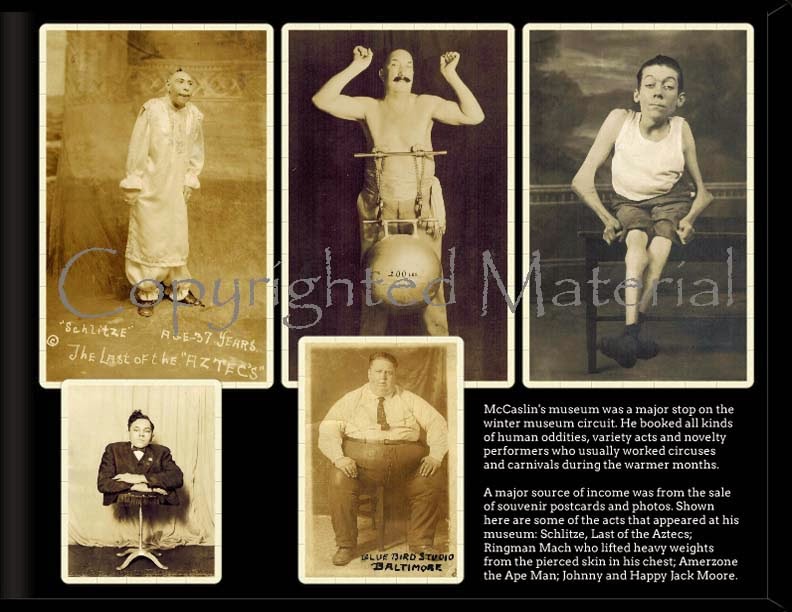 4. "New Horizons 1931-1936"
Appearances at the Century of Progress World‘s Fair, Coney Island, traveling with the Model Shows of America and of course, the making of the movie "Freaks" in California. 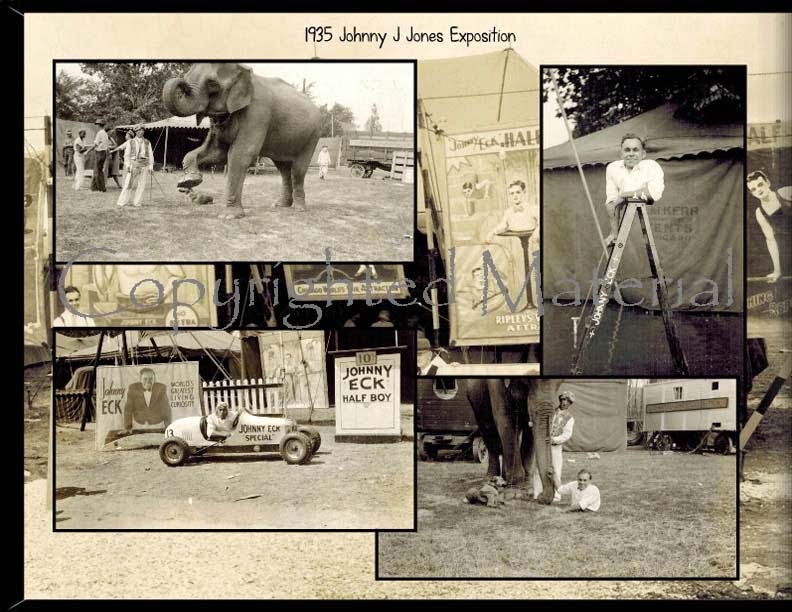 5. "A Pocket Full of Miracles 1937"
Rajah Raboid’s famous Miracles of 1937 show, and appearing Ripley’s Believe it or Not Odditoriums. 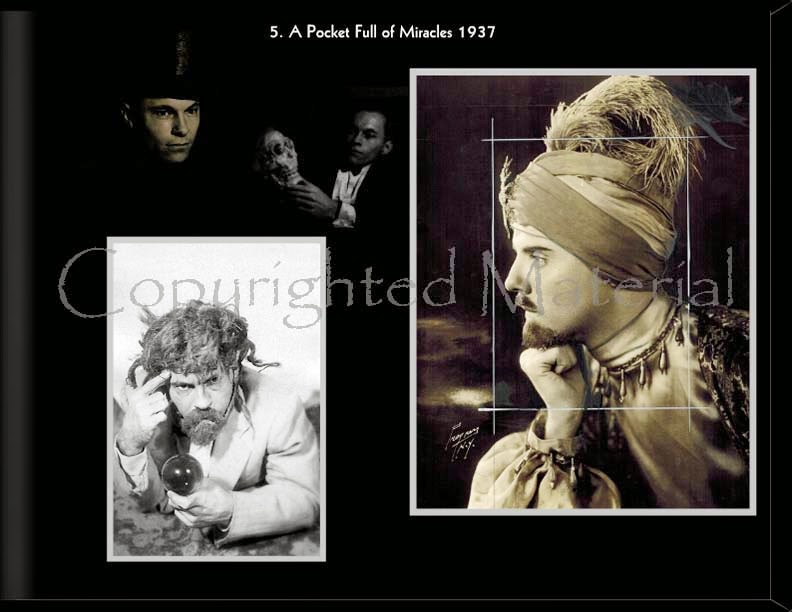 6. "Rag Bags & Forty Miles 1938-1942"
Appearances at the Canadian National Exposition and the Washington Monument climb in 1938. 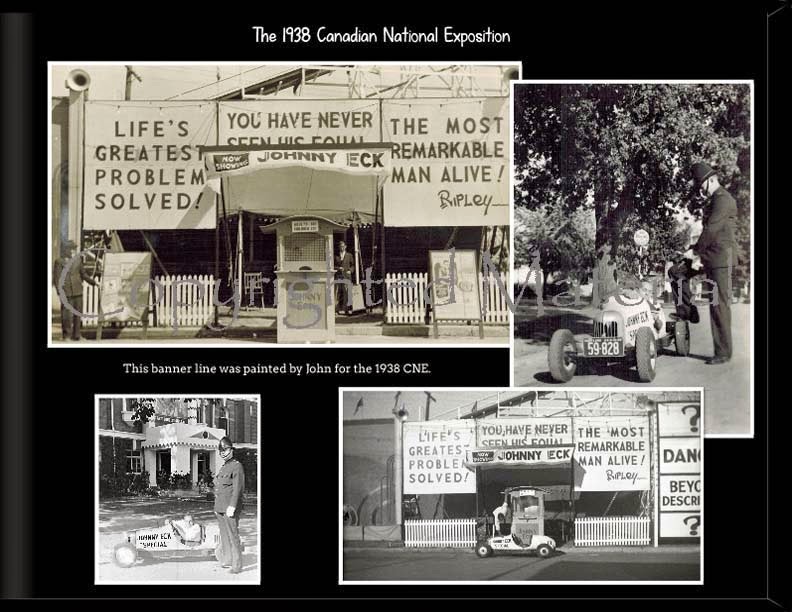 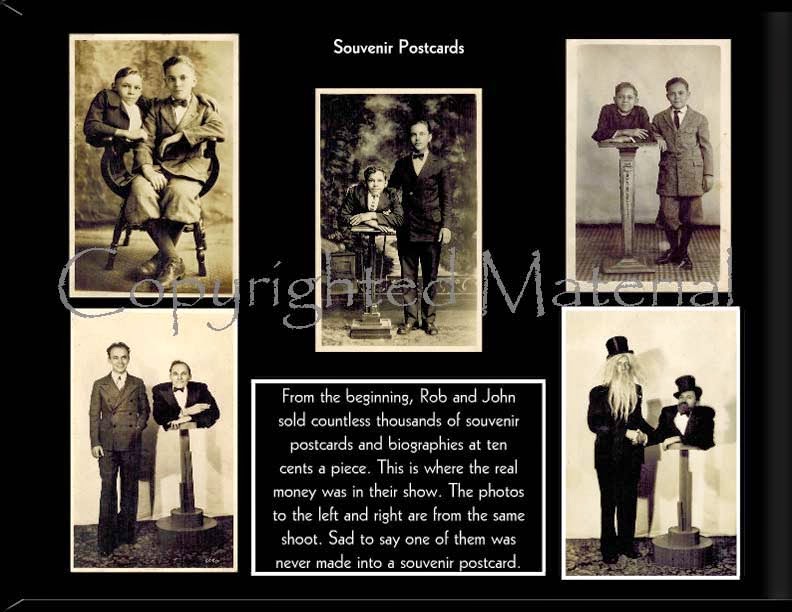 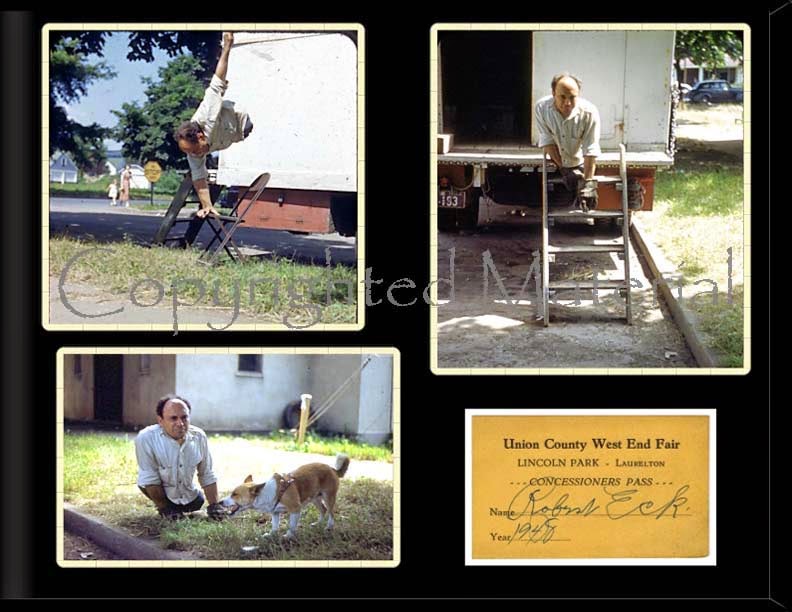 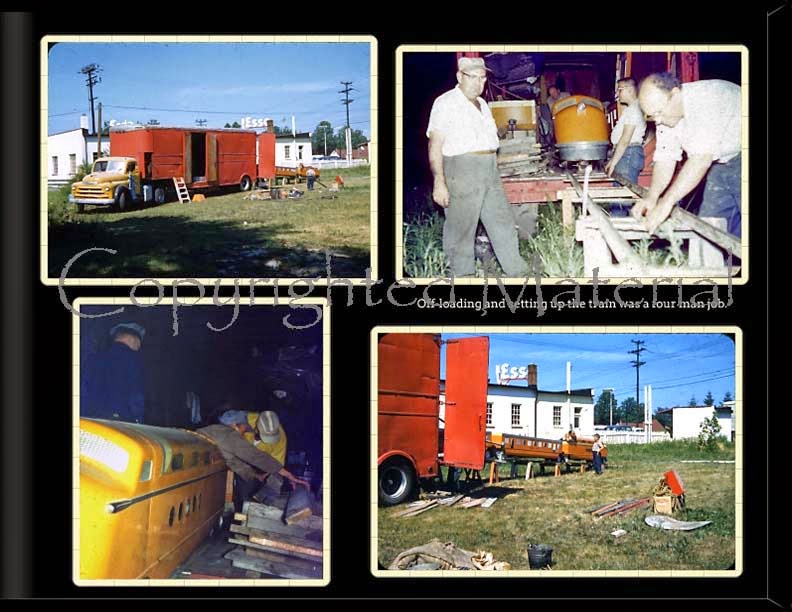 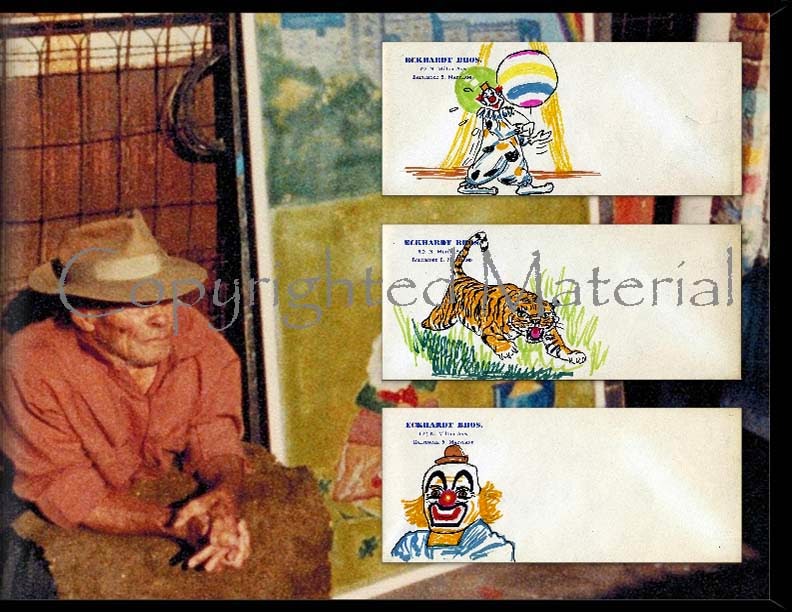 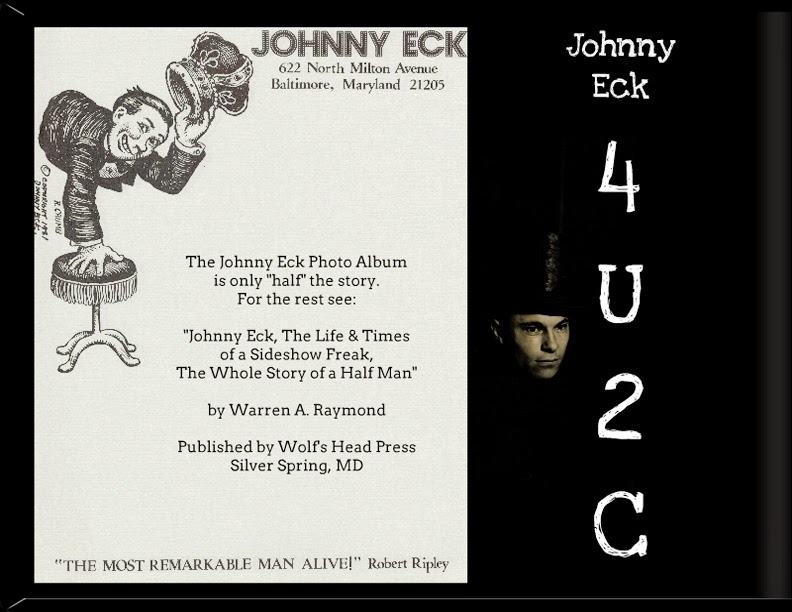 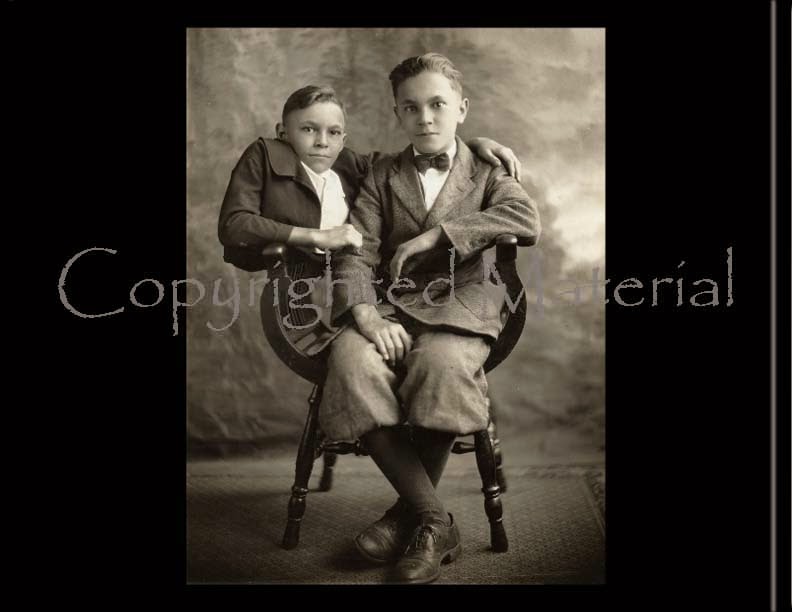 
Lavishly illustrated with over 200 color, sepia-tone and black & white photos,
this book is the finest publication ever done on Johnny and Robert Eck.
This is a limited edition of 100 signed and numbered copies.

To order or for more information:
freakmuseum@gmail.com
Also available on Amazon.
Email ThisBlogThis!Share to TwitterShare to FacebookShare to Pinterest